Senescence, the progressive deterioration of performance with advancing age, is increasingly documented in natural animal populations. However, ageing not only appears relevant for the ageing individual, as there is growing evidence that offspring quality also changes as a function of parental age. Yet, very little is known as to why offspring from older parents may have decreased survival prospects. To improve our understanding of the evolutionary ecology of senescence, we here shift the focus to putative trans-generational aspects of ageing. We therefore apply sophisticated cross-fostering experiments in a free-ranging population of individually-marked Lesser black-backed gulls at the Flemish coast, combined with cross-sectional, longitudinal and state-of-the-art behavioural tracking.

Scaling Up Functional Biodiversity Research: from individuals to landscapes and back

After two decades of functional biodiversity research (FBR), there is a global consensus that a higher diversity of genotypes, species and communities results in an increase of vital ecosystem process rates. Despite a strong theoretical framework on putative interactions between local (food web) and landscape-level (fragmentation) effects on ecosystem functioning, and despite the fact that habitat fragmentation is increasingly recognized as the prime driver of the worldwide loss of biodiversity, changes in food web structure resulting from habitat fragmentation so far have been rarely addressed in functional biodiversity studies. By applying a unique plot design and inventive experimental setups, and combine state-of-the-art tools and methods stemming from forestry, (behavioural) ecological and epidemiological research disciplines, this project aims to scale up functional biodiversity research from a classical plot to a landscape level, and from producer dynamics to predator fitness.

Humans are increasingly regarded as a novel force in the evolution of plant and animal species, e.g. through effects of habitat fragmentation, climate change, and biological invasions. Despite its strong relevance to conservation biology, the potential of natural populations to (partly) adapt to such anthropogenic stressors, remains poorly understood. This is particularly true for populations of tropical species that are currently most prone to rapid and large-scale environmental change. To improve our understanding of how environmental change may drive micro-evolution in free-ranging populations, we study social group dynamics and reproductive, dispersal and settlement strategies in a long-lived, cooperative-breeding bird of Kenyan montane cloud forest. Hypotheses derived from life-history theory are studied by a combination of non-invasive measures and samples (physiological, phenotypic, genetic), field experiments (food provisioning, vocal playback), behavioural observations (video-recordings, radio-telemetry) and a population model that tests how spatio-temporal dynamics of environmental change and different levels of cooperation may drive the evolution of sex-specific dispersal. 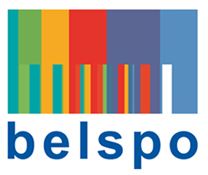 SPatial and environmental determinants of Eco-Evolutionary DYnamics: anthropogenic environments as a model (SPEEDY)

Humans have an overwhelming impact on the natural environment, leading to a deep biodiversity crisis that ranges from genes to ecosystems. Anthropogenic environments also create strong selection regimes that may change both species and genetic composition. There is now a nascent unifying theory that recognizes that ecological and evolutionary dynamics in response to environmental change are not independent from each other, but may strongly interact leading to important changes in predictions of biological responses to environmental gradients. Such eco-evolutionary dynamics are increasingly recognized as being of key importance in making realistic predictions of population and community responses to anthropogenic changes, including climate change and land use change. Within a consortium of several Belgian Universities and Institutes, we study metapopulation and metacommunity structure of arthropods and birds to capture eco-evolutionary dynamics in nature. We use individual, trait and community based ecological and genetic approaches in combination with modelling and experimental evolution, to study drivers of phenotypic and genotypic variation and their impact on metacommunity interactions.

The study of geographic range limits is a key issue in ecology and evolution that relates to some of the most significant environmental challenges facing humankind (e.g. biological invasions, climate change). Currently, global warming creates exciting evolutionary experiments where species shift their range limits. We compare the evolutionary ecology of edge and central populations in species that are expanding their range northwards and thereby shed light on the consequences for local ecological interactions and the potential for further range expansion. We document how edge populations differ in ecological relevant traits. To understand phenotypic differentiation in these traits we quantify associated selection pressures, and study to which degree this differentiation is related to neutral and quantitative genetic and functional genetic/genomic variation. Furthermore, we evaluate to which degree these evolutionary changes feedback to generate altered ecological interactions. These research questions will be explored by combining theory with monitoring, experimental and genetic/genomic approaches on two arthropod model systems, mites and damselflies. Finally, we integrate the acquired knowledge of both study groups and expand our empirical findings in space and time using a modeling approach.

ENDURE is a €2.1m co-financed project through the INTERREG Two Seas Programme 2014-2020. Norfolk County Council is the lead partner, working with partners in Belgium, France and the Netherlands.

Coastal lowlands are becoming increasingly prone to flooding because of ongoing climate change. These areas contain a large and growing proportion of the world population. Along large swaths of the coasts of Western Europe, sand dunes form the natural line of defense against flooding. However, coastal flood protection measures are mainly based on static artificial structures. There is a growing awareness that such structures are expensive to construct and need frequent, costly repairs as they are being eroded. In contrast, dune vegetation can capture sand, enabling the dune to restore itself after erosion. Dunes thus provide an optimal solution to sea level rise and unpredictable storm surges.

The project will thus look at establishing sand dunes as adaptive, living sea defences. However, this adaptive ability is often compromised by poor and/or reactive management that deals with the aftermath of erosion or flooding events, rather than preventing these events from happening in the first place. Over the next three years we will work collaboratively using the best of cutting-edge science, design and innovation, to develop a coastline with more natural resilience to erosion, flooding and rising sea levels.

TEREC is specifically involved in the development of early warning tools following cutting-edge science based on principles of dune self-organisation as mediated by the spatial configuration and health of the dune-forming grass Ammophila arenaria. We use aerial-photograph and LIDAR data to link Marram grass spatial structure to multiple ecosystem functions, including above- and belowground biological diversity and foodwebs. The resulting predictive models are translated into practical tools that enable stakeholders to assess the resilience of dunes against flooding and to take mitigating measures where necessary.

Individual heterogeneity in dispersal as a driver of spatial ecological dynamics

To date, insights into the ecological consequences of heterogeneity in dispersal are merely derived from community ecology, where species determine the spatial, ecological and evolutionary dynamics during community assembly and the resulting (meta-) ecosystem processes. Within-species heterogeneity in dispersal, however, may be as large as the heterogeneity among species. A deep understanding of the phenomic make-up of individual dispersal phenotypes (phenomics represents the acquisition of high-dimensional phenotypic data on an organism-wide scale, from genes to behaviour) is therefore essential to understand the adaptation and costs of dispersal. We will develop a research agenda to reveal and understand the importance of intraspecific variation in dispersal phenotypes for ecological dynamics.

To accomplish these goals, we propose a highly challenging, integrative and multidisciplinary research project using advanced molecular tools, experimental metapopulations and modelling. This innovative approach will allow us to quantify the importance of phenotypic heterogeneity in dispersal for ecological dynamics in spatially structured environments. Using the spider mite Tetranychus urticae as a model species, the following hypotheses will be tested within this project:

The empirically derived patterns will subsequently be contrasted with insights obtained from modelling to (1) derive the relevant components of the individual heterogeneity that lead to the observed patterns (via inverse modelling) and (2) generate synthesis on the importance of phenotypic heterogeneity for spatial population dynamics.

Since Darwin’s ground-breaking publications, evolutionary biologists have been debating the relative importance of natural selection as a key driver of speciation. Recently, evidence has accumulated that natural selection is not merely a long-term process but can also act in real-time under environmental change. Feedbacks between environmental change and adaptation (known as eco-evolutionary dynamics) have recently received major attention, due to breakthroughs in molecular methods that allow evolutionary study at unprecedentedly high resolution, and because of the increasing need to predict biodiversity impacts (and their evolutionary consequences) of human activities. The latter may cause unpredictable population effects, ranging from local population declines over regional extinctions to evolutionary rescue through adaptation. While interactions among related species form a putative source for evolutionary rescue during environmental change, empirical evidence remains scant. Here we use a recently-radiated species complex of small passerine birds (Genus: Zosterops) as a model to study evolutionary responses following environmental change.

We capitalize on state-of-the-art developments in genomics and simulation modeling. The project will be conducted in a study area of four Kenyan sky islands which is very well documented for its local and rapid ecological changes over the past million years, and on a bird genus (Zosterops) known as an iconic ‘great speciator’ lineage. The project is expected to yield highly-innovative insights into putative effects of horizontal processes on past speciation, and ultimately, into the genomic basis of avian speciation.